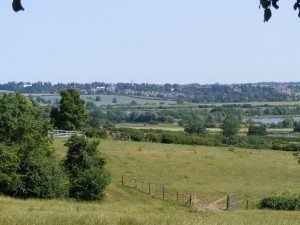 Debates surrounding use of Green Belt land have escalated recently, with Councils across the UK increasingly proposing more development in such locations. The Times reports that the number of homes planned for the rings of protected land around towns and cities has risen by 15,000 in just a year. Almost 425,000 houses are now due to be built in the Green Belt, up by 54% since March last year, according to analysis of local authority plans by the Campaign to Protect Rural England (CPRE).

With current debates and protest over the encroachment of development into the Green Belt and the ramifications of this, the Guardian argues that the original idea of Green Belts were to prevent urban sprawl, not for nature conservation or for the preservation of Britain’s landscapes. Furthermore, much of the Green Belt is not even green. 18% is classed as ‘neglected’, containing derelict buildings, rubbish and electricity pylons. Local Authority Green Belt statistics further reveal that only 11% of land in England is developed, whilst more than a third is protected from development. This brings up important issues surrounding Green Belt use and its purpose.

Some have argued that development on Green Belt land will bring forward much needed homes to meet the current housing demand. Councils have also argued that loosening up the Green Belt is the only way to achieve more housing to meet the current housing needs. This view is supported by the Adam Smith Institute who argues that if a strip merely half a mile wide were shaved off the London Green Belt, 800,000 new homes could be built. The Guardian further reiterates this view by stating that the increase still means that only a fraction of the country is urbanised. This view contributes to the consensus that the release of Green Belt land is imperative to contributing to the housing demand.

However, there is still a large amount of opposition in relation to Green Belt development. The Times argues that out of the 425,000 homes that are due to be built on Green Belt land, only a quarter will be set aside for people whose incomes are too low to afford housing at local market rates. Thus, its development would not contribute much to the housing crisis that is plaguing areas like London. The Times further argues that the protection of Green Belt land encourages Council’s and developers to focus on building on brownfield sites. The proposed development is seen by some as unnecessary and one that will heavily scar Green Belt land.

Green Belts have been viewed as a great success in preventing mass development and destruction of green space in the UK. However the imperative to meet housing needs, means that the purpose and the need for change of Green Belts are increasingly being called into question. This in turn has caused a lot of friction around proposed development plans within such areas.

Fuller Long recently worked on behalf of Theydon Bois Parish Council who were very concerned and had strong objections to the Draft Local Plan to release land from the Green Belt for residential development. The Parish Council understood that there was a need for development and was willing to accommodate a level of development within the village that was appropriate to the capacity of its local services and infrastructure. However, they were concerned about the use of Green Belt land to aid further development.

With the help of Fuller Long, the Parish Council argued that the current Green Belt boundary was successful in maintaining the character and rural setting of the village. The proposed housing sites would severely weaken the Green Belt boundary as it would no longer be a clear and well defined physical boundary.

Furthermore, the proposed development would not only have impinged on Green Belt space, but would also put pressure on surrounding road networks as well as adding to increasing infrastructure and pressure on local amenities. Fuller Long also found that the planning policy further lacked details on the mechanisms used to secure the additional infrastructure needs for the village. Thus, with the help of Fuller Long, the Parish Council was able to put forward a strong opposing argument to the use of Green Belt land for development.

To discuss a Green Belt planning issue with one of our experienced team of consultants, please call us on 0808 164 1288 for a no obligation conversation.