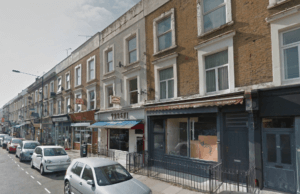 Fuller Long have gained planning approval for a roof extension on a terrace house in London.

The planning statement submitted by Fuller Long on behalf of the client followed the application for the creation of a new flat by providing a single storey roof extension which was allowed at appeal. However, the principal difference between the approved scheme and the revised design was that the newer schemed sought to extend above the existing outrigger to create additional space for the flat, altering the unit from a studio apartment to a one bedroom apartment

The property in question was a 3 storey mid terraced property located in a predominantly residential area. The property had a commercial unit at ground floor, with its upper floors in residential use. Fuller Long noted that several properties in the terrace had completed extensions at roof level, with many of the approvals affording significant alterations to the original building, which were granted planning permission. The proposed new flat provided a gross internal floor area of 50 sqm, in accordance with the Local Plan and the new nationally prescribed space standards. However the design incorporated a terrace to the front, thus providing an additional 5 sqm private amenity space for the new occupier and space internally for the storage of a bicycle.

Notably, the application scheme was in accordance with the advice given in the NPFF, by making more efficient and effective use of urban land with a development that is deliverable, suitable, available and achievable. The amended roof extension created a sustainable, residential environment, which had been well designed to a high quality, taking its cues from the characteristics of the area. In this regard, mansard roof extensions, the most discreet form of roof extension were to be used, using traditional roofing materials to match the existing as well as the neighbouring terrace. Fuller Long also argued that the height, positioning and scale of the extension combined with its design, would not have a material effect upon outlook from the rear windows in the main part of the property.

Fuller Long conclusively argued that the proposals respected and responded positively to the existing building, the streetscape and the site’s wider context, including local architecture. The proposal thus, would have no material impact on neighbouring properties and would not cause overshadowing or overlooking, nor would it reduce privacy or the amount of daylight and sunlight that neighbouring properties receive.

This case is indicative of a trend that is sweeping through the UK. The Evening Standard reports that homeowners spent a mammoth £7.4 billion on home improvements between 2015 and 2016, according to the Office for National Statistics. Additionally, London is leading the way with more than 100,000 applications for planning permission, which represents a quarter of all those submitted across England. Extensions such as the one aforementioned property are a great way to improve existing space as well as adding considerable value to the property. It is essential when carrying out these works that planning permission is granted. Fuller Long are well versed in issues regarding extensions and would be happy to assist.

To discuss a planning issue in regards to extensions with one of our experienced team of consultants, please call us on 0808 164 1288 for a no obligation conversation or email us at hello@fullerlong.com