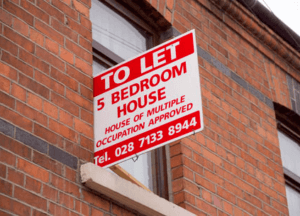 Change of Use and HMO status

However, planning permission was denied on the grounds that the impact of the proposed extension on the neighbouring property would increase a sense of enclosure and loss of light and outlook.

However, the client ran into further issues with development as planning permission was denied to convert the use of the property from a C4 property to a Sui Generis. The client planned on increasing the living space from six bedrooms to eight. However, planning permission was denied on the grounds that this would be too many bedrooms for the in-house facilities available to the residents. Furthermore, the increase in occupancy would harm neighbouring residents due to noise and disturbance as well as a strain on local services and other local amenities.

We were able to resolve this matter by appealing and clearly outlining that the extension would only bring an extra one person, with one of the extra rooms being used as a communal area as opposed to a bedroom. Thus, increasing the in-house facilities as well as reducing the strain on the local amenities.

Through this, Fuller Long were successfully able to gain planning permission for the erection of a second floor rear extension and a change of use. The client was extremely happy to hear this as they we commence with the development of the property.

The Exponential  Increase in HMOs and the Housing Crisis in London

This case is indicative of London’s volatile state of the housing market and the subsequent increase in demand for student housing, pocket apartments, flatshares and HMOs.

The Guardian illustrates this view by stating that flat and house share site SpareRoom.co.uk has seen a 71% rise in searches for bedroom shares over two years. Property Checklist reports that on average, renting a room in London costs £770 less than renting a one bed flat on your own. This demonstrates the popularity of HMOs amongst Londoners who are unable to climb the property ladder.

HMOs used to be widely associated with student accommodation. However, as buying and renting houses have proved to be less attainable for many Londoners, more and more successful professionals have created a demand for HMOs. Additionally, even the number of individuals forced to flatshare in their 40s has risen dramatically, with figures showing a surge in middle-aged renters priced out by the property market.

As a result of increasing rent prices and the subsequent demand for HMOs, the average flat share household size is increasing, reaching 3.2 people per house share in 2011.  Data from easyroommate.com in 2015 shows the average number of room hunters across Britain surged by 50% with nine seekers for every room available in London. Landlords are seeing the financial benefits of converting properties into HMOs and the supply of larger HMOs is projected to increase in the coming years.

This is recapitulated by Property Reporter, who states that “Roma Finance is seeing a record number of buy-to-let landlords converting their properties into Houses of Multiple Occupation in order to increase rental income as tax increases start to bite.”

This case is a perfect exemplum of the increase in the demand for HMOs in London as rent prices soar. But also the need for landlords to convert the use of properties to meet this need.

The involvement of Fuller Long in this case demonstrates that working with a private planning consultants in order to overcome complicated cases such as ‘change of use’ planning proposals is needed as housing demands increase. We can help by offering our expert services in the planning of new homes, larger scale developments, change of use proposals and urban extensions. Please contact hello@fullerlong.com or call 0808 164 1288 for a no-obligation call with one of our experienced team of consultants.