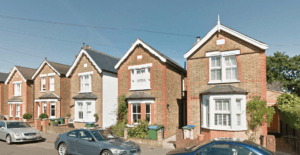 The Appeal statement presented by Fuller Long on behalf of the client related to the refusal of planning permission for the erection of a part two/ part first floor side extension, single storey rear extension and alterations to fenestration following the demolition of an existing single storey rear projection. The application was refused planning permission by the Council for the reason that the proposed siting, design, bulk and mass of the extension would create an imbalance between the pair of semi-detached properties, exacerbated by the omission of the first floor front window.

Fuller Long refuted this by arguing that the extension would be based on the existing single storey projection. In this sense, the extension would not be as intrusive as it would be in keeping with the size and width of the house. The case officer assigned to the appeal also noted that the extension, owing to its location and siting, would not be visible from the main road and would have adequate separation from the shared boundaries of neighbouring properties. The report continued by stating that the proposal as a whole would not adversely impact the appearance of the property.

Fuller Long further argued that the design of the extension, subject to the appeal, reflected the appearance of the existing dwelling. It had the same eaves line and roof angle, the materials and windows match the existing dwelling. Holistically, the design of the extension would help it harmonise with the house and as such, would not impinge on the pair of semi-detached properties in question.

In doing so, Fuller Long effectively demonstrated that the extension was both in keeping with the local area and with the NPPF, and thus, were successful in their Planning Appeal.

Extensions and the impacts

In the current property climate, where house prices are continuing to soar and moving house has become increasingly difficult, extensions and renovations to homes have seen a rise in popularity. It adds space and value to a property as well as allowing the refurbishment of existing space. The Evening Standard reports, based on figures from the Office for National Statistics, that a medium-sized extension of 25 square metres currently adds an average of £59,000 to a property price. However, this increases to more than £169,000 in areas of London such as Hackney and Richmond, where the disparity in prices between two-bedroom flats and three-bedroom houses makes it almost impossible for owners to upsize.

Furthermore, according to the new research by Halifax Insurance, single-storey extensions and loft conversions are on the rise, up 49 per cent and 43 per cent respectively. This is indicative of a new trend that is sweeping properties in the UK, one that could save homeowners time and expense. However, planning permission is imperative when carrying out works on properties such as extensions. Fuller Long have experience in such matters and would be happy to assist.

To discuss a planning issue in regards to property extensions with one of our experienced team of consultants, please call us on 0808 164 1288 for a no obligation conversation or email us at hello@fullerlong.com