Fuller Long have recently obtained planning permission and Listed Building Consent for the Change of Use of a Grade II Listed Public House in Leeds, transforming the dilapidated premises into a mixed use property comprising apartments on the upper floors and the restoration and refurbishment of the ground floor for use as a coffee bar and lounge. 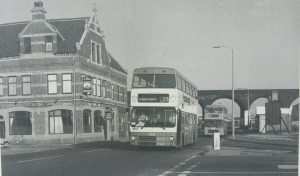 accommodate the needs of a growing population in the area. The pub was later officially listed as a heritage asset in 1994. However, over the years that followed, the pub fell into disrepair and was eventually closed to the public in 2009, reopening as a temporary furniture store in 2011. The former pub was later damaged in a fire in 2013, after which it remained disused, suffering vandalism and neglect. The degradation of the historic building was recognised by its inclusion on Leeds Historic “at risk” register in 2009 and again in 2016.

With aims to revive and re-use the historic building, our client proposed a change of use of the upper floors of the pub for residential use and a full restoration of the ground floor for use as a coffee bar and lounge.

In order to obtain planning permission and Listed Building Consent for the works, our client sought Fuller Long’s services to provide a detailed Heritage Statement. Within our Heritage Statement, we demonstrated that the proposed works would not only preserve both the special architectural and historic interest of the Listed Building, but that they would also enhance the character and appearance of its setting. On this basis, the Council accepted that the proposals were compliant with the National Planning Policy Framework (NPPF) and the requirements of the Leeds City Council’s Core Strategy Policy P11 and Unitary Development Plan Saved Policies N14, N15, and N17.

By putting forward a sensitive, well thought out planning and heritage statement, we were able to gain planning permission and Listed Building Consent for the property, breathing new life into this formerly at risk heritage asset. This regeneration will not only provide new much-needed accommodation, but will bring the building back to a modern use that will serve multiple benefits to the local community. 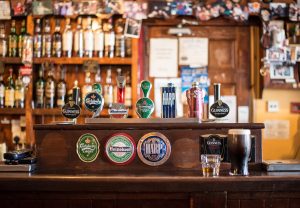 Changes of use or conversions of Public Houses have seen an increase in popularity over recent years. Various former pubs across the UK have seen an array of different uses, subsequently breathing new life into the property. The Railway Tavern in Cambourne, set to be transformed into a residential property, The Riddell Arms in Nottingham, set to become a Daycare Nursery, and O’Neill’s in Muswell Hill, converted into a steakhouse, are just a few examples of a trend that is seeing a brand new use for previous pubs that have closed for a wide range of reasons. It is widely accepted that changes in the way people socialise, education and awareness of the health impacts of alcohol and drink driving legislation have all contributed in some way to the number of closed public houses.

If you are an owner of a listed building and are thinking about making any changes to your property, Fuller Long are able to assist. Our Heritage team have assisted with supporting Heritage Statements, planning permission and listed building consent for a number of heritage assets across the country and can do the same for you. To speak with one of our experienced team of Heritage consultants, please call us on 0808 164 1288 for a no obligation conversation or email us at hello@fullerlong.com.