Fuller Long have recently gained Listed Building Consent and full planning permission on behalf of our client for alterations to a Grade I Listed building that was once housed the Secret Service.

Between 1926 and 1964, 21 Queen Anne’s Gate was linked to another property at the back of the building which housed the UK Secret Intelligence Service (MI6). During this time, the property was used as a residence for the chief of MI6 and as associated office space. The two buildings were connected through an internal passageway, to enable discrete movements between. Over the years, the premises had undergone a number of internal and external alterations which had materially affected the original character of the building. This included the addition of another storey resulting in a slated roof and the removal of the canopied doorhood. 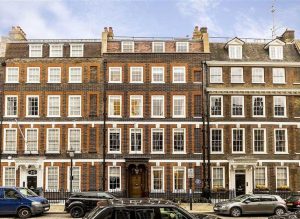 Number 21 Queen Anne’s Gate has had a presence in Westminster since 1704. The property is an example of the early town house, representing the way in which historically people had lived, in the context of urban expansion of that time. Originally, the building was in residential use and was later converted into offices. However, the external character of the building remained, further contributing to the distinctive historic townscape.

Considering the historic nature of the property, Fuller Long worked alongside Mallindine Architects in order to provide a comprehensive and sympathetic statement to support the works. The proposed works included internal alterations as well as necessary repairs and upgrading of this historic townhouse bringing it into the 21st century.

The proposed changes to the property in the main comprised the replacement of modern partition walls in order to create a more appropriate layout for the current office requirements. The  alterations included the re-installment of the earlier layout on the ground floor where a new partition wall was to be erected, creating a new meeting room. In addition the first floor was altered to create a more flexible layout to accommodate current office requirements, which involved the partial removal of the existing partition walls. Finally, refurbishment throughout the whole property to meet 21st century requirements.

Our Heritage Statement provided an analysis of the significance and special character of this Grade I Listed property and its setting within the Birdcage Walk Conservation area, in accordance with paragraphs 128 and 129 of Section 12 of the NPPF in regards to conserving and enhancing the historic environment. It also addressed the reasons why the development complied with both the London Plan and Local Planning Policy. 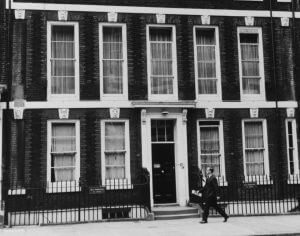 It was demonstrated that the ‘special historic interest’ of the building would be preserved whilst allowing it to meet the functional requirements of contemporary office use. As such, Fuller Long were able to gain Listed Building Consent for the works.

If you are an owner of a listed building and are thinking about making any changes to your property, Fuller Long are able to assist. Our Heritage team have assisted with the preparation of supporting Heritage Statements, planning applications and listed building consents for alterations to a number of heritage assets across the country and can do the same for you. To speak with one of our experienced team of Heritage consultants, please call us on 0808 164 1288 for a no obligation conversation or email us at hello@fullerlong.com.